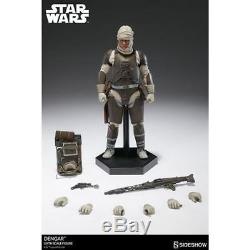 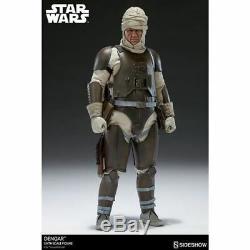 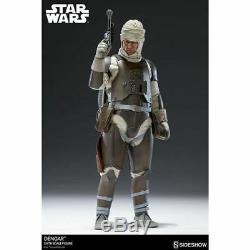 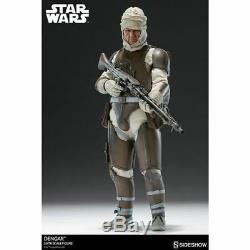 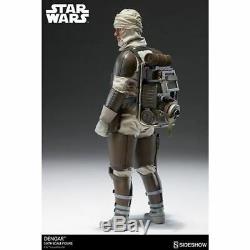 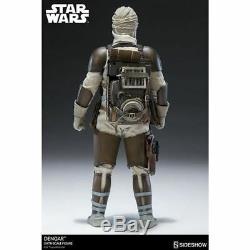 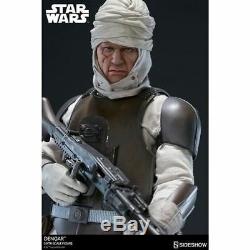 1/6 Scale 12 Star Wars Dengar Bounty Hunter Action Figure Sideshow Collectibles. Sixth Scale figure to your collection. This cold-blooded Corellian is a veteran of countless bounties who has tirelessly pursued his targets since before the Clone Wars, but those decades of work have taken their toll.

His weather-beaten face is now heavily scarred, but the cold dead eyes of this remorseless man-hunter are as bright and hungry as ever! Every inch of this iconic character has been lovingly and painstakingly reproduced by Sideshow artists. From the worn fabric that encompasses his grizzled visage to his much-used and much feared! Valken-38 Blaster Carbine and DL-21 Blaster Pistol, this Dengar Sixth Scale Figure captures every nuance of this remorseless mercenarys character.