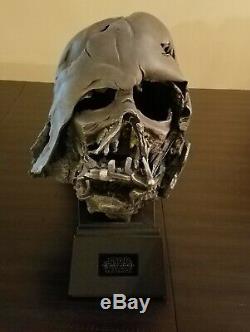 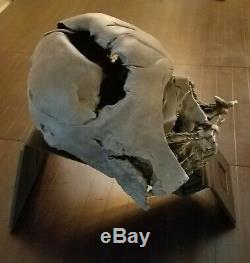 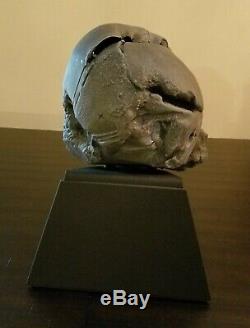 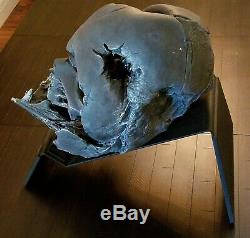 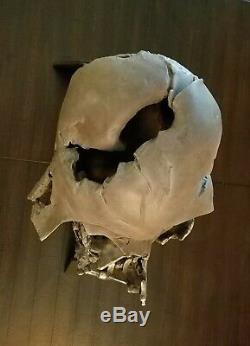 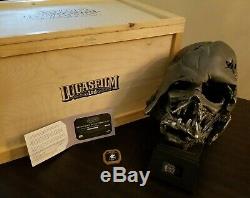 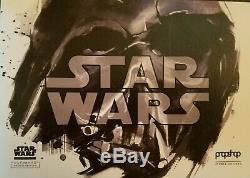 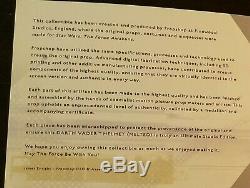 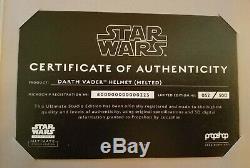 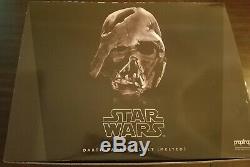 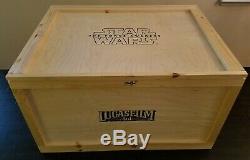 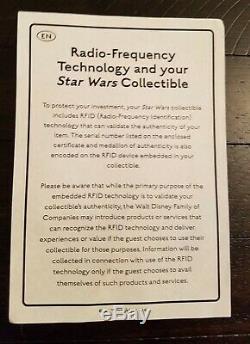 FOR THE ULTIMATE STAR WARS COLLECTOR... In 2016, Disney and Lucasfilm launched Star Wars Collectibles: Ultimate Studio Edition to bring Star Wars fans an unprecedented level of authenticity to prop replica products. This Darth Vader Helmet (Melted) was made to order by the propmakers at Propshop in Pinewood Studios using digital data collected during the filming of Star Wars: The Force Awakens. The crate was custom built to accommodate the shape of the replica inside. The certificate of authenticity states the following.

This collectible has been created and produced by Propshop at Pinewood Studios, England, where the ORIGINAL props, costumes and maquettes were made for Star Wars: The Force Awakens. Propshop has utilized the same specifications, processes and technology used to create the original prop. Advanced digital fabrication techniques, including 3D printing and other additive manufacturing processes, have contributed to create components of the highest quality, ensuring that they are virtually identical to the screen version and authentic in every way. Each part of this artifact has been made to the highest quality and has been finished and assembled by the hands of specialist motion picture prop makers and artists. This prop upholds an unprecedented level of authenticity validated by a medallion and accompanying certificate.

Each piece has been microchipped to protect the provenance of the original and ensure this DARTH VADER HELMET (MELTED) is truly an Ultimate Studio Edition. May The Force Be with YOU! This is #52 of a limited number of 500 that were to be made. The helmet has a display stand but has not been displayed due to small children in the home and has been stored in it's original packaging in a climate controlled environment. The item "Darth Vader Helmet (Melted) Ultimate Studio Edition by Propshop" is in sale since Friday, January 10, 2020.