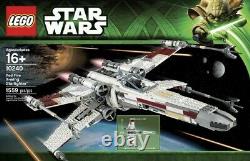 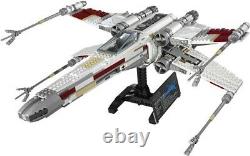 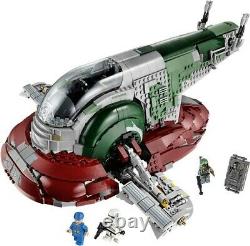 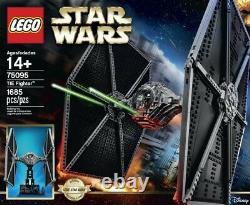 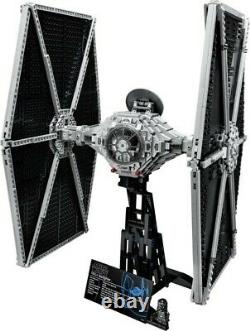 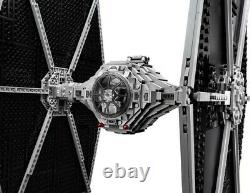 Measures over 7" high, 17" long and 14 wide in landing mode. 1996 pieces - For boys and girls ages 14 years old and up. We proudly present the Ultimate Collector Series LEGO® Star Wars T TIE FighterT. As featured in many of the action-packed Star Wars T battle scenes, including the decisive battle that led to the destruction of the first Death StarT, this large-scale LEGO-brick rendition of the classic Imperial starfighter has intricate detailing, as well as an opening top hatch and an exclusive TIE Fighter PilotT minifigure with a blaster pistol. And when you want to keep it safe from Rebel attack, mount the model on the display stand and keep yourself updated with all the key facts and figures on the included fact plaque. The Ultimate Collector Series TIE FighterT is the perfect addition to your Star Wars T collection! Includes a TIE Fighter PilotT minifigure with a blaster pistol. Features an opening top hatch.

This iconic starfighter is featured in many of the most exciting Star Wars battle scenes, including the decisive battle scene above planet YavinT. Recreate the moment when Luke Skywalker's X-wing delivered the proton torpedo that led to the destruction of the Imperial Death Star! This realistically detailed model features opening wings and cockpit, a special display stand, data sheet label and R2-D2. Features highly authentic detailing, and opening wings and cockpit.