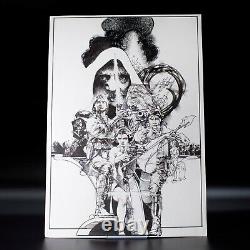 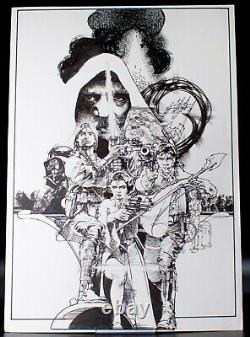 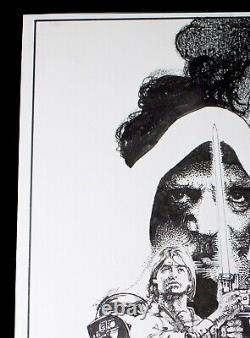 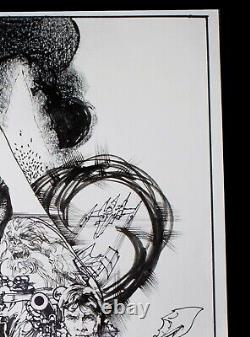 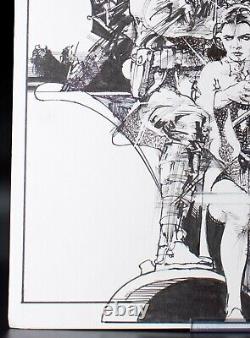 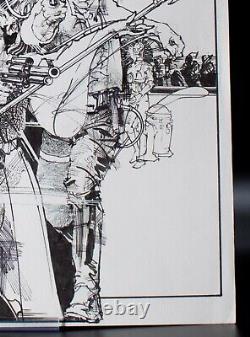 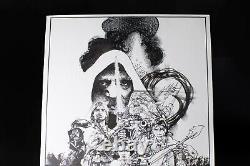 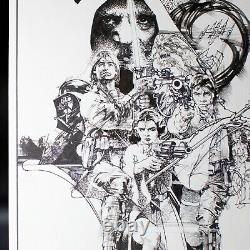 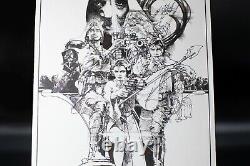 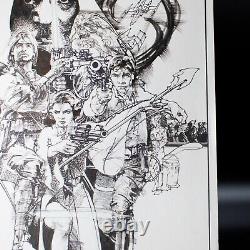 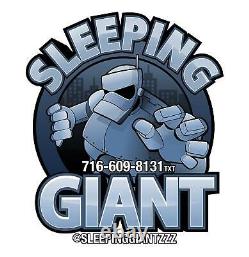 STAR WARS 1977 Original Art SKETCH by TONY DeZUNIGA Jonah Hex co-creator. Measures approximately 15" x 20". Disney Plus series Coming Soon! Star Wars: Obi-Wan Kenobi (May 25, 2022) The Star Wars franchise has been huge since it was introduced 41 years ago in 1977 but it received a major boost from the recent films Star Wars Episode VII: The Force Awakens, Rogue One: A Star Wars Story, and Star Wars Episode VIII: The Last Jedi. Disney now plans to release a new Star Wars film every year, so the franchise will likely only continue to grow in popularity. With the popularity of vintage original art from the early years of Star Wars, this unique piece will very likely only grow in value in the years to come. Tony DeZuniga was a comic-book artist from the Philippines. He drew a few of Marvel's Star Wars covers and worked with writer Roy Thomas on a serialized story arc, titled The Keeper's World, for the Marvel Comics teen magazine Pizzazz. This story was reprinted in the exclusive Star Wars 0. DeZuniga began in the comics industry in the late 1960s when he started working for DC Comics on such titles as Jonah Hex and Black Orchid. He later worked for Marvel Comics, illustrating many of their superhero books, and he also worked for many years as a conceptual designer, producing work for Sony and Sega. He had a long and productive career in comic books working for both Marvel and at DC, where he co-created Jonah Hex and Black Orchid.

Your Item(s) are packaged securely and safely with care; we understand it's important because we are collectors too! This item is in the category "Collectibles\Comic Books & Memorabilia\Comics\Comics & Graphic Novels".

The seller is "sleepinggiantzzz" and is located in this country: US. This item can be shipped to United States.