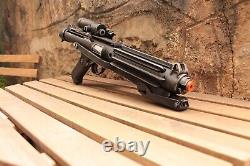 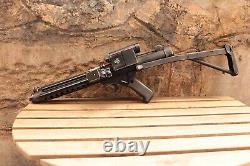 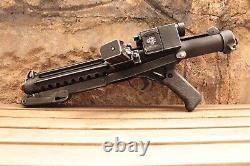 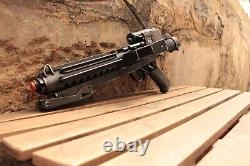 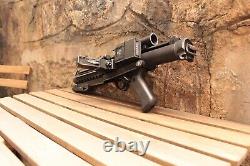 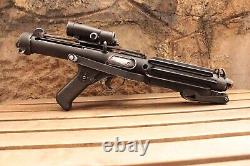 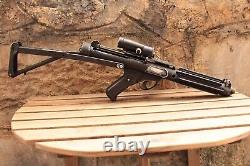 3D Printed E-11 Stormtrooper Blaster ANH. E-11 Blaster use by Stormtrooper. Based on the original E-11 Blaster. Blaster is made of plastic petg, assembled, painted varnished. UNLIKE MANY OTHER SELLERS I DONT USE CHEAP AND FRAGILE PLA, BUT STRONG PETG. ORANGE TIP at the end of the barrel (see photos), if you want to remove or repaint it, you need to find out about the legislation of your country on this subject. This is not an officially licensed product and is only considered FAN ART.