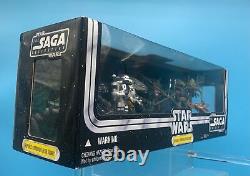 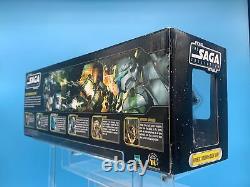 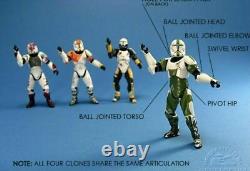 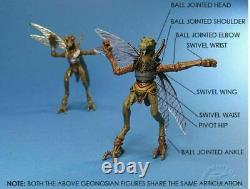 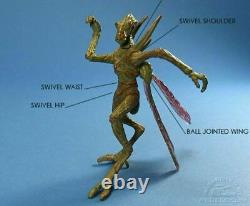 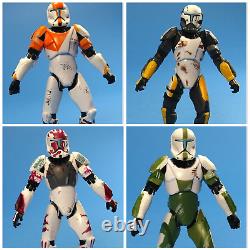 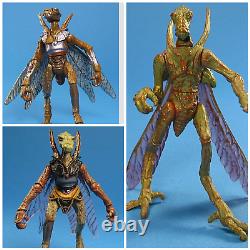 Rare, unopened, and super hard to find. Much like the United States Army Delta Force, the empire had a similar Squad called the Delta Squad. Delta had the very finest Mandalorian clone troopers in the entire clone army. From the very beginning, it was understood that the tactical superiority of the Grand Army of the Republic would reside in its flexibility of response.

Hopelessly outnumbered by the armies of the Separatists, every clone trooper is expected to be the equal of ten of his enemy. Sometimes though, ten-to-one odds is too much to hope for, and that's when you call in the Deltas.

Known to his men as "Boss, " Three-Eight doesn't talk much, except to bark out orders in a voice that carries over the fiercest artillery barrage. The resident demolitions expert in Delta Squad, Scorch has a special relationship with explosions and the gear that makes them happen. If it ain't broke, give it to Scorch and you can count on getting it back in at least three pieces. Second in command of Delta Squad, Fixer handles code breaking and computer slicing. Always at the front of a charge, he urges his squad mates on under fire.

Off the battlefield however, he prefers the company of a good, quiet power droid to his fellow Deltas. Clones are supposed to be good at fighting, but they're not really supposed to enjoy it. So no one really knows why Sev seems to be happiest when the battle is thickest. If you're looking for him, try checking the middle of a huge pile of blasted battle droids. Commander of the Geonosian forces during the Battle of Geonosis, Sun Fac rose to his position of power through a combination of combat prowess and a calculating willingness to do whatever it takes to win.

Though they lack ranged weapons, they have the ability to fly, giving them an acute advantage on an open battlefield, and their powerful force pikes can kill with a single blow. With this super-rare figure set, you'll get. 4 x DC-17M Stock Mount with Various Attachments.

(Background & Photos courtesy of rebelscum. Above photos are of the actual item for sale. Best Offer means something reasonable. Offering me half the value of an item is not a good start.

I sell a LOT of items, so please dont debate value with me. I cut deals on some items, some I dont negotiate.

If there is no Best Offer option on it, its very unlikely I will deal on it. Bulk discounts are available and posted on every AD. My regular customers get discounts on every deal, at some very significant. Most of what we sell are very valuable items that only dropping them on the ground will damage them and cost half the value of the item. Just communicate with us and we will do our best to solve the problem!

Most say Im the nicest guy! We pride ourselves on our packing. An example is below from a customer who bought a Cartoon Network Gunship. We promise that we will leave good feedback for you within 30 days. You can verify this by looking at the feedback I have left for my other customers. If you are looking for something special or rare, let us know! We have a ton of oddball sets, loose stuff, or channels to find any possible Star Wars collectible. I myself wanted a set of Ralph McQuarrie, First edition drawings, his book, and his freehand stuff. We pride ourselves on being members of the Collectible Grading Authority (CGA) and the Action Figure Authority (AFA).

Without them, we believe that the amount of fake figures & figure quality misrepresentations would devalue our industry completely. Listing and template services provided by inkFrog. The item "Star Wars Republic Commando Delta Squad Saga Collection" is in sale since Thursday, February 11, 2021.